This shit is a dankass receiver app for push notifications from (eventually) multiple sources. [=[=[==[[=[

You can (de)register per service whenever you want. The corresponding device UUID will also be displayed and can be copied just by tapping on it (you might need to longpress). ;]

Currently it only works with OneSignal, which in turn connects to platforms such as Firebase Cloud Messaging (FCM) for Android and Apple Push Notification Service (APNS) for iOS to actually distribute the notifications to devices. I prefer using OneSignal instead of connecting to FCM and APNS meinself, since you'll have 1 dashboard where you can see all users at once instead of having to log into every one separately. =]

As of writing this shit, OneSignal is free for:

Also, if you deregister, all it actually does is unsubscribe you. Meaning your device will still be listed in the dashboard but it won't be able to receive notifications.

Setting up that shit

Alright, so this is necessary to make sure your device(s) won't end up in my OneSignal account, but rather your own. 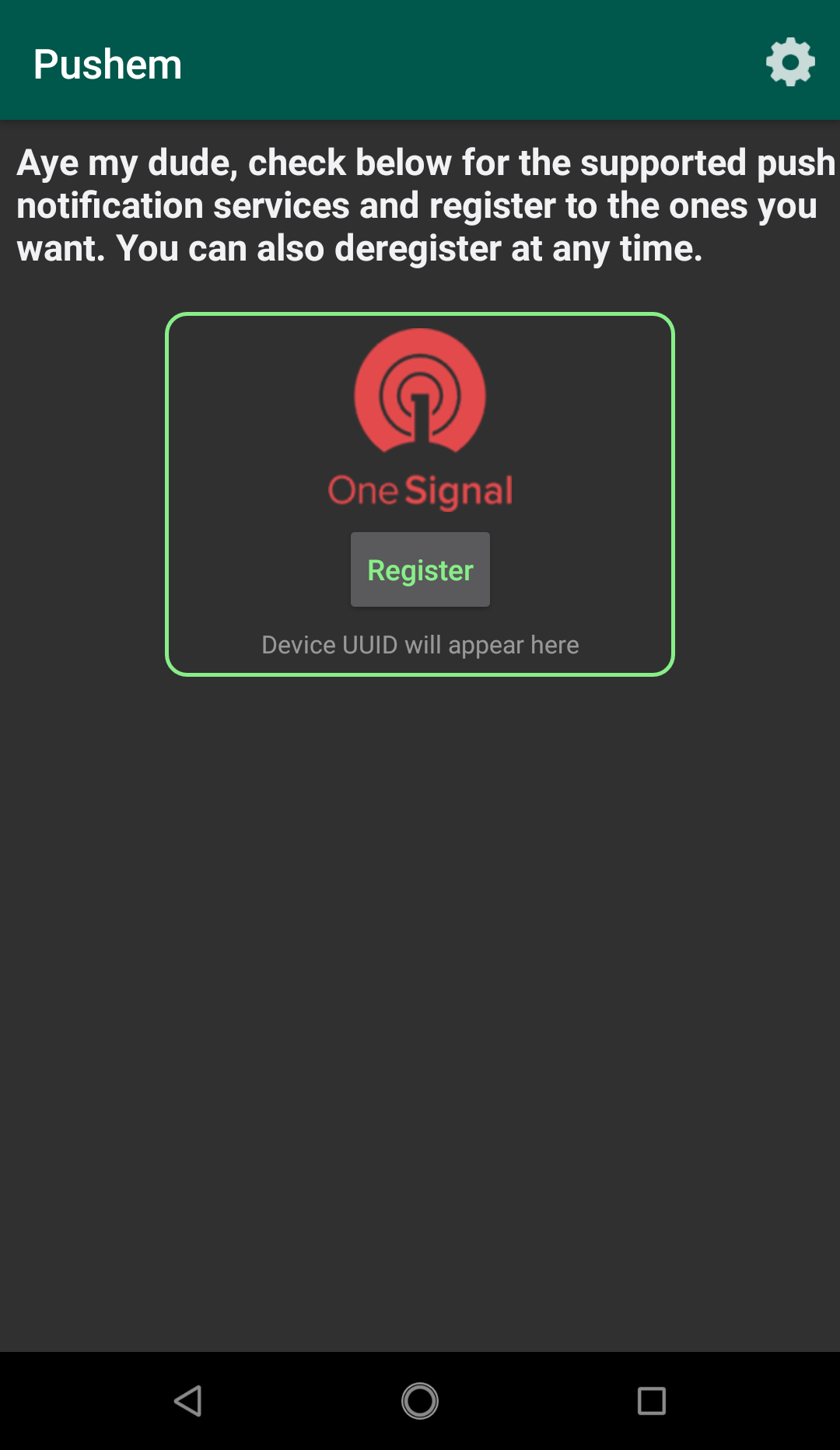 Simply change the build variant in your Andr0id IDE to debug, then it'll have OneSignal using debug mode too and you can see all the requests it's doing (and the responses it receives).

Alternatively, if your problem is that notifications don't arrive, check deez docs from OneSignal: