This shit started as a dankass remote control thanggGgGg for Kodi (as in the home theater shit) to forward/rewind playback using fixed intervals, based on what you're watching. I mostly made it for myself because I cbf to keep using a mouse to skip past an intro and/or credits roll, depending on the show. It's not a full-fledged remote control cuz there are better apps for that already, although it does have some of those features. ;] For example, you can't interact with the Now Playing list ("the playlist") or "scroll through" a video, but you can play/pause/stop shit. It also has some features not directly related to Kodi itself, like syncing the timestamps within subtitle files.

It was tested against Kodi v19.1 ("Matrix") which uses JSON-RPC v12. Anything newer (and possibly a bit older) should work just fine as well though.

The app makes use of Kodi's webserver functionality as well as the separate JSON-RPC API. If you already have another remote app (like Kore) then you should be good already. Otherwise:

The webserver is only used in the initial connection to check your user credentials, cuz apparently the TCP API doesn't support authentication. I could just directly connect to it but I wanted some form of authentication. ;];;]

You'll need to make some adjustments if you want to release signed APKs lol. Refer to the section right here (only applies to macOS, if you're on Windows then idk how to do something similar :>).

The app is divided into tabs each with their own separate functionality. Let's start with some scr0ts huh. =] Every scr0t has a subsection below here, matching the order of el scr0t. I also added another one for the action bar at the very top.

If enabled in the settings, the app can be shown on the lock screen without unl0ccing (but it requires you to l0cc the screen while the app itself is in the foreground) 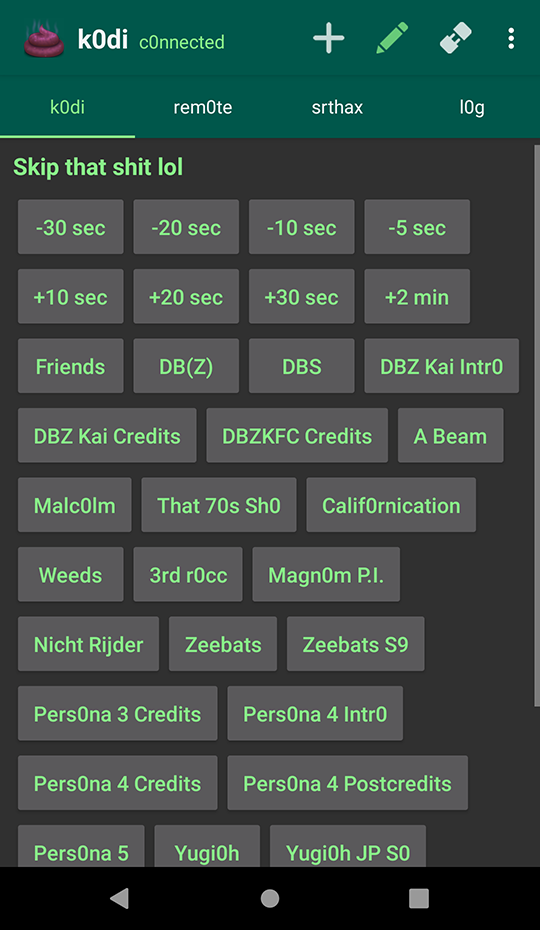 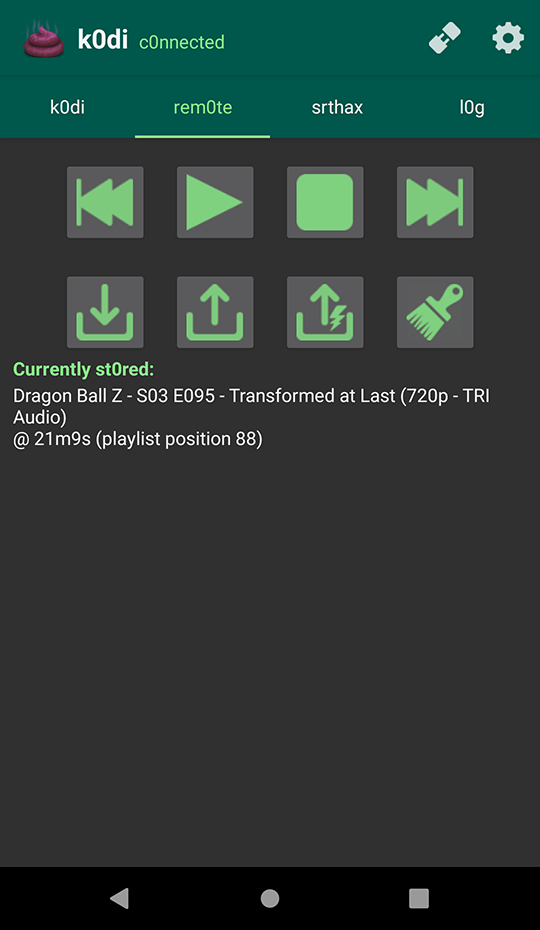 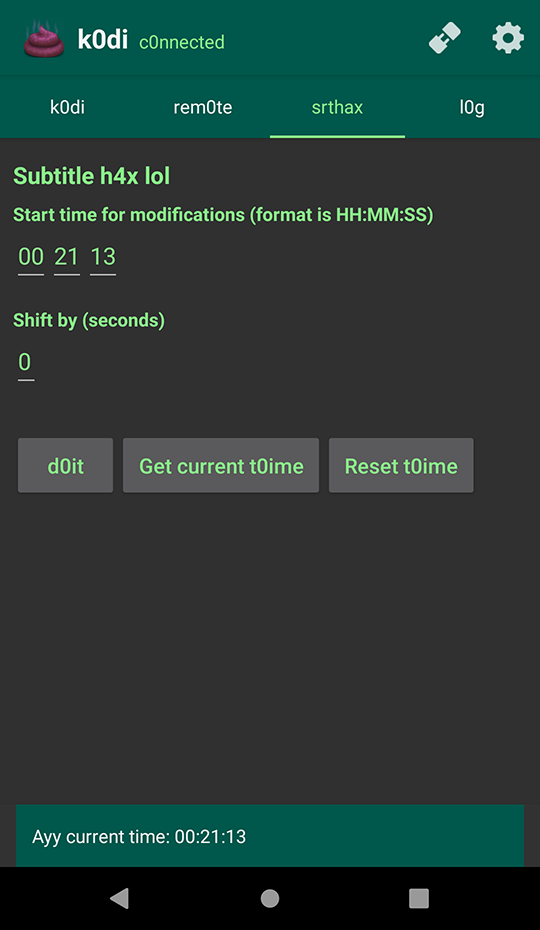 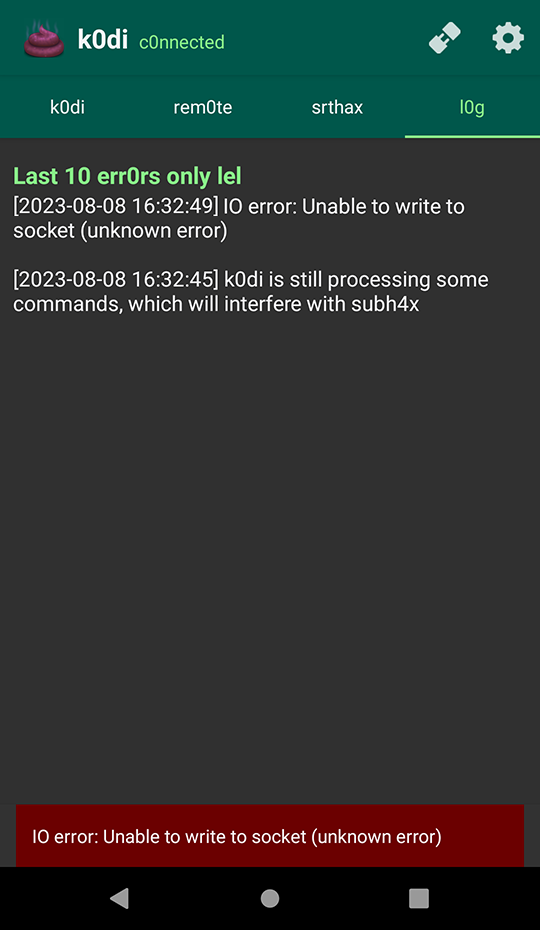 This changes depending on what tab you have active, but so far only the "main" tab (k0di) has something different than all the rest. It does include all the options from the others though. The "common" bar looks like this:

From left to right:

The action bar has these additions:

Since this tab is still the primary feature of el app, this is the screen it starts on. It doesn't have a whole lot that the action bar doesn't already handle, but the buttons' functions do differ depending on whether edit mode is currently enabled or nah. On the scr0t for this tab it's enabled, indicated by the green tint as opposed to whitey. I went with a separate "mode" so you won't accidentally skip through the vidy0 when you just wanted to change some shit.

The tab contents are scrollable in case you have more shortcuts than fit on one screen. =]]] Also note that the interval can be negative.

This is non-Kodi functionality and actually requires my separate srthax shit. ;];]];;];];] I added this so you can correct subs as you watch something, instead of having to pull up your p00ter and figure out the necessary srthax command.

Really only for persistently keeping the last error in view.

There's also an optional persistent notification which will be shown on the l0cc screen as well, so you won't have to unlock that shit just to skip an intr0 or whatever.

Muy imp0rtante: the Toast message popups with success feedback (or even errors) won't show up when using this notification from the l0cc screen (THANKS GOOGLE)